Circlip pliers are a tool specially used to install inner and outer circlips. From the appearance, they are a type of needle-nosed pliers. The form can be used not only to install the circlip, but also to disassemble the circlip. Circlip pliers play a very important role in various industrial equipment and maintenance processes, and can improve work efficiency to a certain extent. So what are the specifications of the circlip pliers? 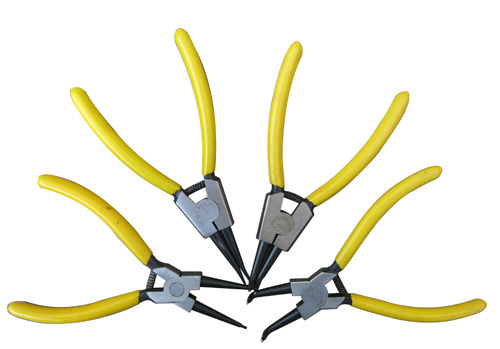 The use of circlip pliers

External circlip pliers: suitable for mounting springs on shafts with a diameter of 3-400mm.

How to distinguish between outer card and inner card?

How to use circlip pliers

The above is the introduction of the related content of the classification and use of the circlip pliers specifications and models. The circlip pliers are specially used to install or remove the positioning circlips that are stuck between the holes or the shaft to prevent the axial movement of the machine parts. The tool used, this tool has a special purpose. Its appearance facilitates the operation of the central circlip of the instrument wheel.

We believe that every drop counts , and we will help you to save water, energy and money. With innovative products and trendsetting  technologies.