The industry generally believes that accelerating the implementation of "Made in China 2025" is of great significance to the upgrading of China's manufacturing industry and maintaining sustained and stable economic development. The State Council executive meeting clearly stated that it is in line with the development trend of â€œInternet +â€ and pointed out 10 key development areas, which means that â€œMade in China 2025â€ is expected to introduce â€œInternet +â€ as an important development idea, and the specific implementation roadmap has also been Basic molding.

Highlights conform to the "Internet +" trend

The meeting pointed out that China is in the process of accelerating industrialization, and manufacturing is an important pillar and foundation of the national economy. The implementation of this year's government work report, "Made in China 2025", is to promote China's manufacturing from large to strong, so that China's manufacturing contains more Chinese creative factors, rely more on Chinese equipment, rely on Chinese brands, and promote economic growth in the medium and high-speed It is of great significance to move at the mid- to high-end level.

Miao Wei, Minister of the Ministry of Industry and Information Technology, said earlier that the "Internet +" industrial network combined with industry is a key development area in line with the new round of industrial revolution and industrial transformation, and the earliest realization of "Internet +" mentioned in the government work report. One of the industries. Industrial Internet has great potential for development. In reality, many companies have also noticed the application of Internet technology to improve the overall competitiveness of enterprises. It is estimated that in the next 20 years, the development of China's industrial Internet will bring at least a GDP increase of about 3 trillion US dollars. Miao Wei also stressed that "Internet +" has a lot of room for development. At present, Internet applications are mostly in the marketing process and after-sales service and procurement links, such as B2C and B2B; in the future, manufacturing will bring disruptive innovation and new production methods.

Lv Benfu, professor of the School of Management of the Chinese Academy of Sciences and director of the National Research Center for Network Economy and Knowledge Management, told the Economic Information Daily that the importance of "Internet +" is the production of traditional manufacturing, service, and financial industries through information technology. Reorganize. "Internet +" will activate China's manufacturing industry and will have a major impetus to China's economic upgrading.

Gao Hongbing, dean of the Ali Research Institute, told the Economic Information Daily that the essence of "Internet +" is the onlineization and dataization of traditional industries after the transformation of the Internet. In fact, it is a reform path from increment to stock, and the Internet integrates traditional enterprises. Traditional enterprises embrace the Internet. The combination of these two forces will create new and greater economic development momentum and further promote social development.

The path focuses on the development of 10 major areas

In this regard, most people in the industry said that the proposed 10 key development areas mean that â€œMade in China 2025â€ is no longer an abstract concept, but a specific implementation roadmap.

Miao Wei said that China is a big manufacturing country, but it is not a manufacturing power. There is not a large number of key enterprises with international competitiveness. There are still a number of major technologies and equipments for industrial development. In addition, China should also have some important products to occupy a place in the international market. According to this idea, more than 150 experts from the Chinese Academy of Engineering spent a year and a half on strategic arguments. The Ministry of Industry and Information Technology then formulated the â€œMade in China 2025â€ plan. The Ministry of Industry and Information Technology revealed that the 10 key development areas are determined according to the existing conditions and advantages of China's manufacturing industry. In addition to promoting the urgently needed technology and field development in China, it will continue to promote the development of industries with certain advantages in China. China's manufacturing is fully upgraded and competitive in the future.

The Bosera Fund Research Report stated that many industries in China are still in the industrial 3.0 stage. Core technologies such as robots and additive manufacturing have yet to be improved. Technical routes and standards have yet to be unified. Industry 4.0 will be the future direction of China's industrial development. â€œMade in China 2025â€ will become an important support for the stable development of industry and economy.

At the same time, the executive meeting decided to launch the Green Paper Catalogue Guidelines for the upgrade direction of China's manufacturing key areas, and dynamically adjust and roll forward. Adhere to market dominance, reform and innovation, give play to the role of enterprises as the main body, and promote the promotion of large and medium-sized enterprises, so as to achieve key breakthroughs and achieve practical results. Policies such as fiscal, taxation, finance, and talents should be tilted. Through unremitting efforts, we will create an upgraded version of China's manufacturing industry. Accordingly, the follow-up supporting policies for â€œMade in China 2025â€ are expected to be introduced one after another, including the fiscal, taxation, financial and talent policies that are of concern to all sectors.

In fact, after the â€œMade in China 2015â€ was put forward, industry experts reminded that it is a long way to go to achieve â€œMade in China 2025â€. From the national level, we should concentrate resources on integration, introduce specific supporting measures as soon as possible, seize opportunities, and promote the competitiveness of key supporting industries in manufacturing industries; formulate corresponding financial policies and encourage enterprises to implement international mergers and acquisitions. From the enterprise level, we should accelerate the transition from factor-driven to innovation-driven, transform low-cost competitive advantage into quality-competitive competitive advantage, change the extensive manufacturing of large resource consumption and pollutant emissions, and promote green manufacturing.

Feng Xiao, a part-time researcher at the German Research Center of Tongji University and vice president of the Sino-German Engineering Institute, also said that â€œMade in China 2025â€ is a Chinese version of Industry 4.0. Talent cultivation is crucial, and German talent training experience is worth learning. However, in the current digital age, the â€œapprenticeâ€ system established by Germany in the early days of industrialization in 1880 is not recommended. Instead, we should establish a lifelong education system in parallel with the profession based on the current trend of rapid technology update. So you can study Germany, establish special vocational schools, or career-related university courses, and form a lifelong education that combines with the profession.

In addition, some insiders pointed out that with the implementation of â€œMade in China 2025â€, it is necessary to accelerate the construction of â€œnew economic infrastructureâ€ represented by broadband, wireless Internet, cloud computing and Internet finance. The Ali Institute report shows that logistics networks represented by roads and railways, traditional financial institutions, energy facilities and retail networks are indispensable infrastructures in traditional industrial societies; and with the widespread use of information technologies such as the Internet, broadband, Software and hardware facilities such as cloud computing centers and Internet financial institutions will become the â€œnew economic infrastructureâ€ that supports economic development. In the future, development support should be given to support the implementation of â€œMade in China 2025â€.

In this regard, the Ministry of Industry and Information Technology recently said that it will promote the construction of network infrastructure and continue to promote the "Broadband China" action plan; at the same time, in the economically underdeveloped areas, research and development of telecommunications universal service compensation mechanism. In addition, the Ministry of Industry and Information Technology also said that it will formulate a series of preferential policies for small and micro enterprises to help enterprises grow and develop.

The Canada Temporary Fence is also known as portable fence, security fence or construction fence.Canada type temporary fence has square pipe frames and PVC coating in various colors.Temporary fencing for Canada provides area protection and also has bright PVC coating for aesthetic design. It is removable with detachabkle feet and easy to erect and take down also with good appicability even through on rugged ground. The features are anti-rust and corrosion, durable and well structured. 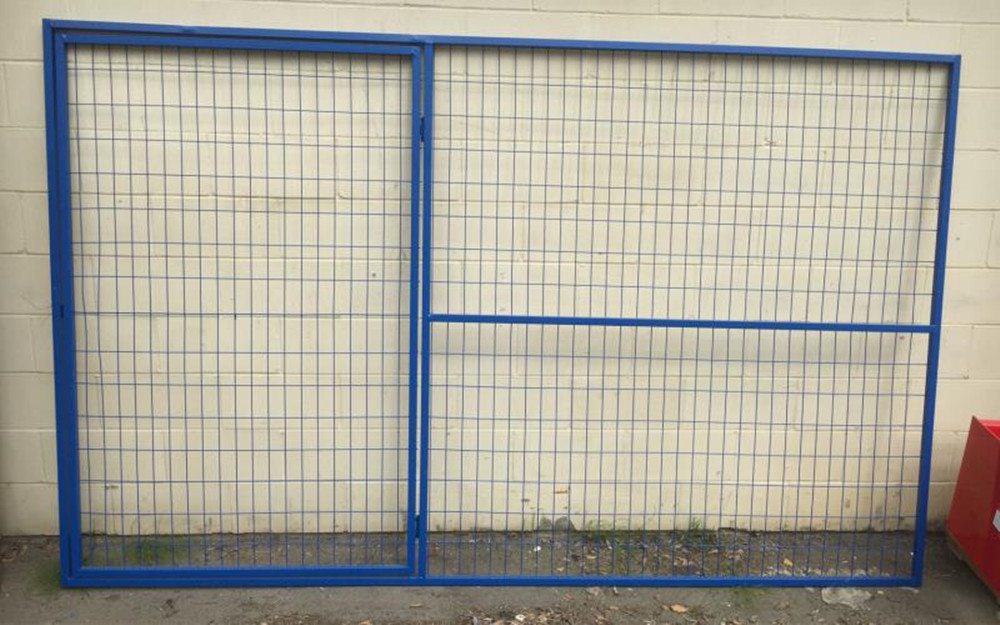