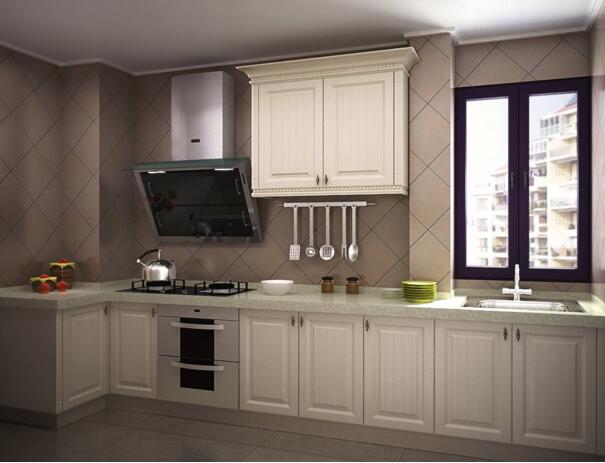 Buy the whole cabinet the most expensive number of cabinets, and some consumers pay attention to look at the appearance when buying a cabinet, but they ignore the â€œmemoryâ€, which is the cabinet board of the kitchen cabinet, and its quality often affects the quality of the cabinet. Affects future use.

Usually the box board is made of two materials, particle board and medium density board. Most consumers are not aware of the difference between the two materials and the good ring. According to the degree of excellent performance, they should be imported particleboard, particle board and medium density board produced by domestic manufacturers with imported equipment, and the second housing board should be domestic. Small factory production of particleboard.

The middle layer of wood chipboard is made of long-fiber wood, with finely-organized wood fibers on both sides and pressed into a board. As the particle board's bending performance is better than the MDF is the main material of the current box.

Recently, almost all European and American cabinet factories use particleboard. Imported particleboard meets the highest European E1 environmental standards. The formaldehyde content is extremely low, the molecular structure is tight, and the bending strength is high. More than 50% of the cabinets use green moisture-proof agents. Plates, such particleboard without any change in the general wet conditions, the overall performance can be said to be better than the density plate. At present, several large domestic manufacturers can produce products with a compact molecular structure and high flexural strength due to the use of a full set of imported equipment (with an investment of over 200 million yuan). Since the plate is mainly composed of larger wood fibers (compared to density plates), even if it is immersed in water, its expansion rate is only 8% to 10% and it does not expand as much as the density plate. In general, if the surface decoration surface is imported from Germany, most of them are produced by big factories and used for high-end furniture, so there are fewer problems.

MDF is formed by pressing wood powder and has a good surface flatness. Therefore, when the surface needs boring and milling, and the surface to be glued is soft (such as stencil blister), MDF is often used. Ensure that the surface after the film is flat. However, due to the fact that the raw materials are all very fine wood powder, from the perspective of moisture resistance, if a medium density board is soaked in water, it will expand like bread; while the particle board is soaked in water, due to the wood fiber in the particle board, more The structure of the wood is preserved, so the expansion will not expand when it is to a certain extent. Therefore, the cabinet company does not have a certain reason to use the medium density board as a box material more generally.

Small particleboard produced by the factory: not environmentally friendly

Some domestic small factories can only produce some common common white boards and oak wood boards. Because of the backward equipment and production process, the boards produced are poor in load-bearing capacity, bending resistance and deformation strength, and the manufactured cabinets are easily loosened after being fastened. , Loosening after the strength is insufficient, rapid expansion after encountering water. And the high content of formaldehyde, more than a few times the national standard, great harm to the human body. It is the quality of this type of board that has tainted the reputation of particleboard and has led consumers to mistakenly believe that the quality of the board is inferior.